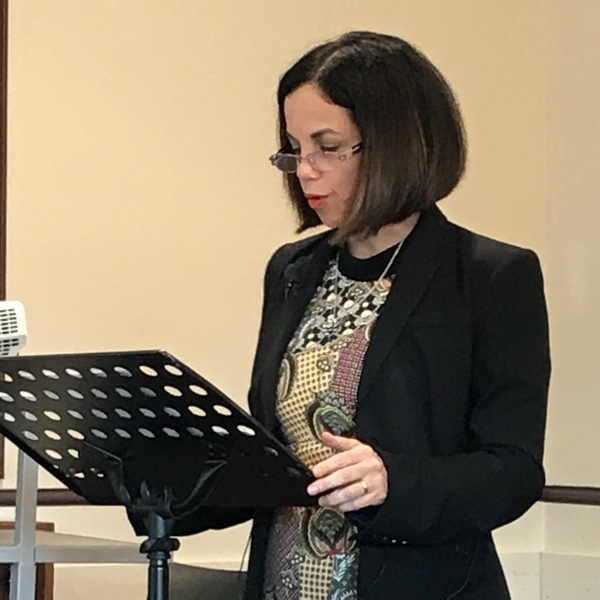 This was the reaction of Te Kupenga – Catholic Theological College lecturer and abuse survivor Dr Rocio Figueroa to the “heart-wrenching testimonies” of abuse survivors at the royal commission on abuse in care hearings held from November 30 to December 4, 2020.

“It caused me deep pain, not only to listen to the stories of each of the testimonies [of people] who suffered the most atrocious abuses when they were innocent kids, but also to listen to the lack of response or hopeless way in which, many times, we have handled the disclosure within our communities,” Dr Figueroa said.

“As a member or the Catholic Church, I regret our poor response, and I apologise for all that we could have done and we have not done,” she said.

Dr Figueroa said she recognised the situations that the survivors describe, because “it was more or less the same experience” that she had.

She said that in listening to them, she picked up on a lot of good recommendations that came out of the hearing – which was into redress processes in faith-based institutions. (The Anglican Church and the Salvation Army were the focus of the second week at the hearing).

First, Dr Figueroa said, “we need to be people who show mercy”.

Showing mercy, she said, means to open our hearts to the pain of survivors, and to question our attitudes.

“[To] show mercy means to learn to apologise and become a survivor-centred Church, in which we try to support the victims, not with our own methods or our own ideas of what can be helpful to them,” she said, “but listening to their needs and involving them in the healing process.”

One survivor called for the Samoan practice of seeking forgiveness (called Ifoga), while another sought an apology in person. Others called for the removal of honours from perpetrators.

Dr Figueroa said the Church should see this time as a moment of conversion and transformation and that means taking responsibility.

“Conversion involves treating survivors not as ‘problems’ to be solved, but to see in them Jesus’ countenance. In many cases, our institutions have entered a process of managing liability, forgetting that our main concern is to take responsibility of the wounds that, as a Church, we have inflicted,” she said.

Dr Figueroa said there is a need to train priests and religious, as well as lay people, on how to respond to traumatised victims.

“They (priests, religious and lay people) need to be trauma-informed. Victims are very sensitive, very wounded. You need to be able to understand them, to be empathetic,” she said.

She said the Church’s actions cannot be limited to treating the survivors in a legalistic manner, “to minimise the effects or negotiate compensation”.

“We need, in each instance, an integral response: justice, compensation, healing and pastoral care, taking care of the needs of the survivors,” she said.

Dr Figueroa pointed out the problem is not confined to the clergy and religious. She said the temptation is to make it someone else’s problem: the bishop’s, the National Office for Professional Standards’s, the congregation’s or the parishes’ problem.

“This transformation is not just required from the authorities. We lay people have enabled abuse with our idealisation of priests and clericalism,” she said, pointing out that lay people have considered members of the clergy beyond accountability.

Lastly, she said, the Church needs to accompany the survivors.

“Accompanying them means to be open to change and improvement,” Dr Figueroa said. “We can only rebuild confidence if we recognise the deep impact of the damage and violence that have wounded many victims.”

She said one of the recommendations was to have the process simplified, as one of the victims said there are too many bodies that deal with abuse, it was confusing.

Another was to include more women in the process, not just bishops and priests.

“I think that we need to include women, minorities and other survivors to respond to victims. We need all the voices. We cannot change the past, but we can change the present to make our future Church a safe place,” Dr Figueroa said.