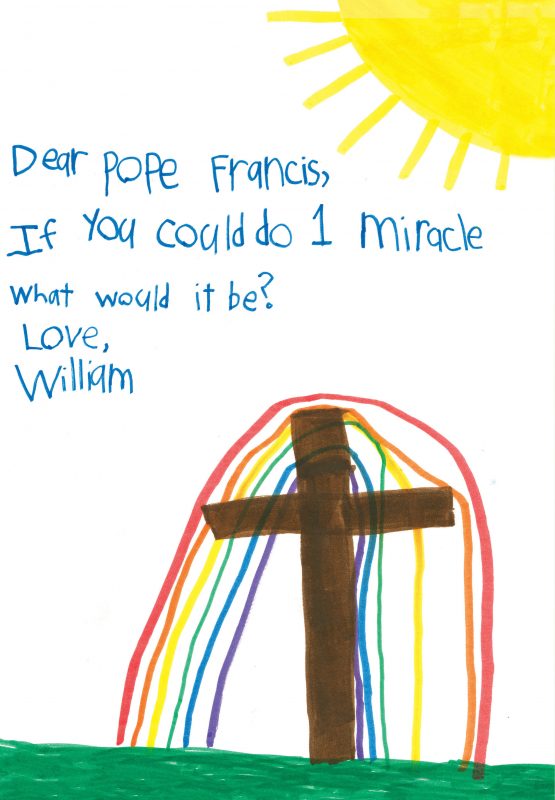 Parenting is no easy task. Be reassured that your hidden work as a parent is life-changing and worldchanging; no matter the times you feel like it’s all too much. Parenting is as worthy of our time, effort and attention as any other profession we might work at, and holds just as much benefit for wider society.

As Catholic parents, we are constantly attempting to cultivate virtue in our children. In doing so, my husband and I have found it helpful to first try to identify the basic temperament of each child and the strengths and weaknesses of this. The way you encourage virtue in your bossy child who is an excellent leader will be different to the way you do so in your lazy child who is happy for others to have their way. I want my children to have their “hard edges” rubbed off them and their good qualities refined and encouraged in a home life that is fun. Easier said than done, but at the very least we’ve articulated the goal. I know of parents who regularly set time aside to consider how each child is going in their progress towards any particular virtue and what small things they could do to help each child.

One of the biggest parenting challenges for me, believe it or not, is me. Since having children, I am challenged to role model virtuous behavior and an authentically Christian life myself: To be cheerful when I feel like being grumpy; To resist from cursing the driver in front of me through the windscreen; To encourage my four-year-old to go and look again for his shoes himself, rather than taking over and doing it for him because it’s more efficient; To remain consistent on the few (very) small jobs I have set as their responsibility and following them up. There is no other task that seems to have brought to light so many of my own very many flaws. My colleagues in the mature, working world I occupied before children never sparked anger, impatience, or cause to reassess my pride like hanging out with my children seems to have.

Working on my own character flaws isn’t easy and many of them are not a quick fix. But I know that my actions speak louder than my words, and will do so increasingly as my children get older. If I don’t pray regularly or take Mass seriously, if I don’t refuse to give in to my temper, I can hardly expect them to learn to do so. When I fail, “sorry” goes a long way to modeling virtuous behavior to them too. They are perfectly capable of understanding that, like them, I make mistakes.

Over and above good role modeling and trying my best to make faith a natural part of family life, introducing God to two little boisterous boys is interesting. Sitting down to colour beautiful pictures illustrating the day’s Gospel is not their strong point; neither is sitting and listening during Mass for that matter. However, the seasons of the Church often present opportune ways to celebrate and talk about Scripture and Church tradition.

An Easter garden made from sticks and dirt found in the backyard, an Advent calendar filled with saints’ quotes read around the dinner table, pancakes on Shrove Tuesday, donating food at a food bank, a Passover feast, and other seasonal celebrations can be lots of fun.

It might perhaps sound morbid, but another way we have introduced the more spiritual aspect of life to our preschoolers is to talk about death openly; something we have had cause to do with two great-grandparents dying in their lifetimes. They saw both bodies and it led to many very earnest questions about where Nana’s soul had gone and why Nana had suddenly disappeared. I think the experience really helped their understanding of the concept of growing virtuous and closer to God in this life because there is something beyond this life. We saw no reason to hide death, because it is one of the most real parts of life. Many such day-to-day occurrences give opportunity to talk about faith in a relevant way.

While it’s not yet as applicable to my preschoolers as to older children, I also believe in age-appropriate freedom.

I don’t want to stop my children from making every mistake, be saying “no” far more often than I say “yes”, or for them to think that I don’t trust them. But I do want them to develop a deep, reasoned, age-appropriate understanding of the why’s of acting in a certain way and the reasons behind certain Church teachings — the positive and beautiful reasons that will make them happier throughout their lives.

Shannon Roberts, an Auckland-based Catholic mother of two pre-schoolers, co-edits the Demography is Destiny blog with her husband Marcus on mercatornet. com.